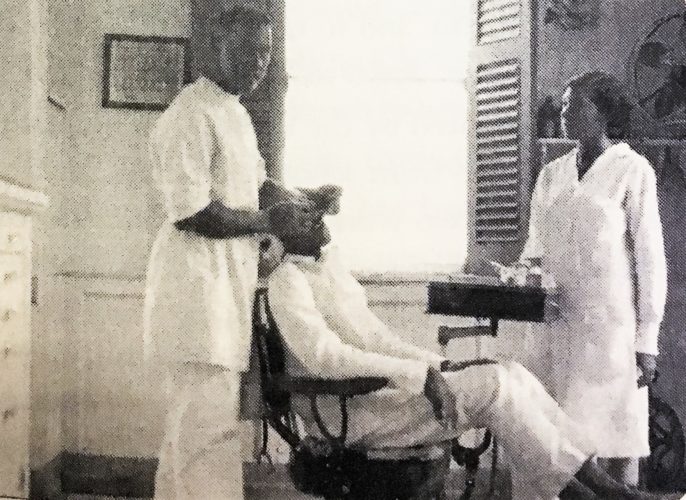 With the end of Danish rule, the newly occupying US power failed to grant citizenship to Virgin Islanders, but permitted a limited number of travel passes. Rudolph Lanclos, a young and ambitious teenage clerk, seized this opportunity in the nativity of Caribbean migration. Sailing to a foreign land, he sought a higher education not then available in his homeland.

Through hard-work and perseverance, he excelled academically. As the only student of color in the medical honor society, he earned a Doctor of Medical Dentistry from Tufts University. He initially established a successful practice in New York City, but forsook greater wealth to return to his community to curb the habitual emigration of native excellence, advance the improvement of medical conditions for his countrymen, and prepare the islands for non-military and Interior Department management.

A dental surgeon, his return marked the establishment of the islands’ first native born municipal dentist. Beyond symbolism, he would build and maintain a municipal clinic for school children, and engaging in pioneering research. Serving as the director and chief of Dental Health Services, and as the chairman of the Board of Education, he helped advance the cause for 20th century modernism, and the democratic vision of self-governance resulting in the passage of the Organic Act.

Dr. Lanclos, through his variegated interests and talents, engaged all aspects of civic and sporting life. During World War II, he held the position of Coordinator of the Office of Civilian Defense. An outstanding athlete, he is remembered as a member of the first V.I. basketball team (“The Big Five”), the reigning V.I. tennis Champion for several years, and a breeder of champion race horses. He founded the Herman E. Moore golf course, and served on numerous boards and commissions such as Board of Dental Examiners, the Horse Racing Commission, and the V.I. Lottery.