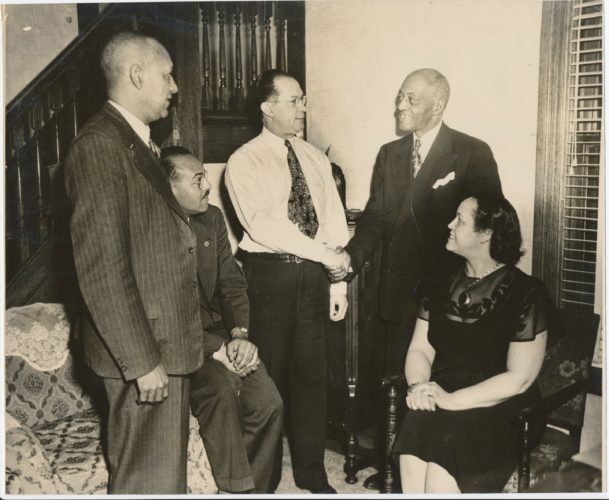 Francis Morse Dent, the decorated officer of WWI and devoted civil rights attorney, worked tirelessly with the NAACP Legal Defense Fund to fight racial discrimination. He gained national recognition in the case of McGhee vs Sipes which resulted in the U.S. Supreme Court ruling that restrictive covenants baring Negroes from owning or living on property were legally unenforceable and violated the Equal Protection Clause.

Prior to Dent’s legal victory, 80% of Detroit property outside the inner city remained subject to racial covenants, which white residents established neighborhood associations to enforce. This rate of discrimination was common nationally, and the practice of using racial covenants became so socially acceptable that leading national praised communities with restrictions against the ‘wrong kind of people’. The federal government encouraged the use of racially restrictive covenants and, in one case, refused to make loans to a developer for a housing development project unless he built a six-foot high wall to separate his property from property owned by Black.

Dent represented the middle-class Black couple sued by their white neighbors to enforce a racial covenant when they purchased a home in an all-white neighborhood. The United States Supreme Court ruling in 1947 proved one of the most important legal battles of the civil rights movement.