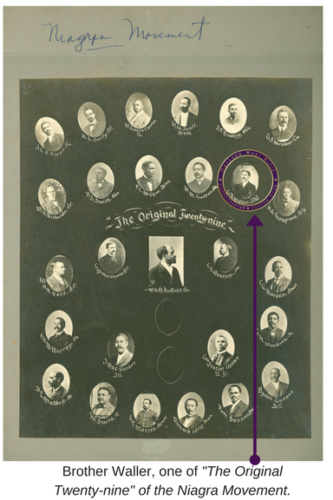 Initially a shoemaker, his call to ministry set him upon a path as an influential preacher and uncompromising advocate for civil rights. While a theology student he engaged extensively in evangelical work organizing several churches including the First Baptist Church of Syracuse. Graduating with high honors, he established churches along the east coast, including at least 5 in Maryland.

In Baltimore, he began the Trinity Baptist Church and grew it from a Sunday school with 14 members to an influential and progressive congregation of over 700, which pioneered a training school for kindergarten teachers, a preparatory school for young men in preparation for college and professional work, schools with sewing, music, missionary and pastoral training classes, and a social science association to encourage civic thought. Organizing beyond the church, he established the interracial Baptist Ministers’ Conference, opened orphanages throughout the state, and founded the Colored branch of the YMCA.

Waller wielded his influence and power to right the injustices beyond his local community, and in 1905 convened with 28 other men in Fort Erie to write the founding principles of the Niagara Movement. Standing apart from other organizations because of its powerful, unequivocal demand for equal rights, economic and educational opportunity, as well as the vote for black men and women, this meeting became the framework and cornerstone of the civil rights movement.

Waller’s involvement pressed the evolution of this idea through the eventual establishment of the NAACP. At the first regular meeting, the newly incorporated NAACP appointed Waller its first National Vice-President. In 1912, he chartered the nation’s second branch of the NAACP in Baltimore, MD where he served as president. Waller used his dynamic leadership, forceful orations, and tremendous influence to impact communities throughout the country.