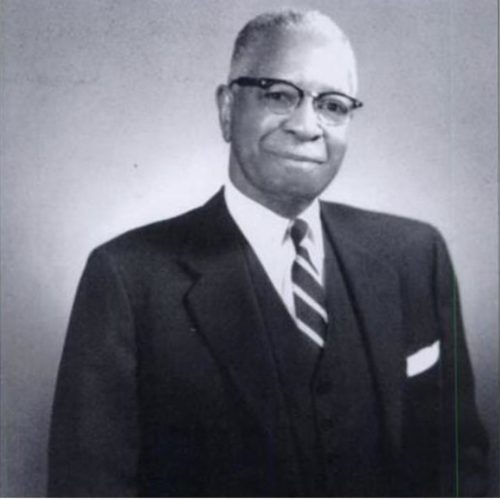 A vanguard academically and professionally, a veteran of World War I, and a preeminent attorney, Johnson practiced law in Allegheny County for 49 years. Born in 1891 in Virginia, and raised in Pennsylvania, he attend Howard University. There, he pledged allegiance to Omega in 1913, during the Fraternity’s infancy. Trained as a skilled barber, he supported himself through school by grooming legislators at the US Capitol. Observing the legislative sessions conducted by all white male members inspired him to pursue law, despite the many known obstacles to ascension presented to Black attorneys.

In 1917, he journeyed to Boston with his classmate, Founder Love, and matriculated to Harvard Law School. Their arrival solidified the efforts of the three stalwart forerunners, and together they obtained authorization for, and began Gamma chapter.
After serving in France during World War I, he returned to his native Pennsylvania where his indefatigable excellence in jurisprudence would disrupt exclusion and challenge racial barriers.  Appointed the first Black assistant district attorney, he dismantled longstanding prejudices against Blacks serving as prosecutors for fear of them questioning and interrogating white witnesses and defendants. He founded one of the first Black law offices and served as a paragon to his community for decades.

The University of Pittsburgh School of Law now honors his accomplishments and service with a scholarship that bears his name.