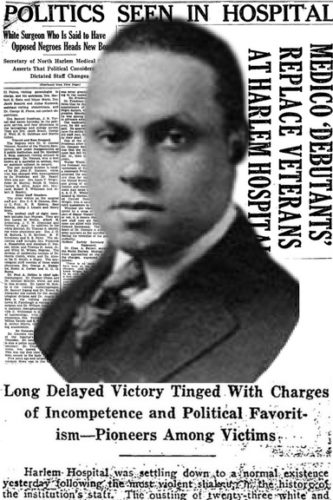 .     Beasley would migrate to New York, where he rose as a noted and beloved community physicians with an extensive general practice. He surmounted long standing racial barriers with his meritorious appointment to the medical staff at Harlem Hospital. In a long fought racial equality battle for both Black medical professionals and patients, Beasley prevailed in a violent and far reaching political move that ousted twenty three veteran white doctors, many charged with incompetency and disregard for their patients.