Gamma chapter, and its commitment to Black History Month is rooted in the creation of this important celebration.  By uplifting the achievements of our history, we honor the legacy of our chapter and continue the work of the men of the Omega Psi Phi Fraternity. 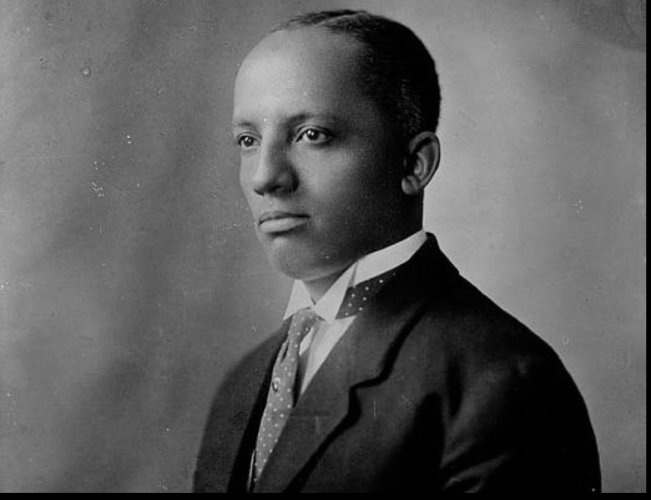 Brother Carter Godwin Woodson, considered the Father of Black History, is credited with founding Negro History Week, later renamed Black History Month. On December 27, 1920, Brother Woodson delivered a learned and stirring speech entitled “Democracy and the Man Far Down” at the national meeting of Omega Psi Phi. In this forceful and eloquent address, Woodson implored his fraternity to actively promote the study of Black life and history. His brothers immediately answered his challenge by devoting one week each April for a campaign studying Negro History and Literature. The presiding Grand Basileus of this meeting, Raymond George Robinson, and newly elected Grand Keeper of Seals and Basileus of Gamma chapter, Gonsolvo Williams, returned to Boston enlisting the men of Gamma to ensure the success of this campaign.

Boston and the Negro History and Literature Week Campaign

Filled with the resolve to uphold the vision of Brother Woodson, Gamma committed its complete effort in genuine sacrifice. That following April, from the 24th through the 30th, the chapter put on its drive for the study of Negro History and Literature. Laboring under very adverse circumstances, these men, by their examples of real fraternal spirit, astute scholarship, and exalted manhood, succeeded in winning a place in the 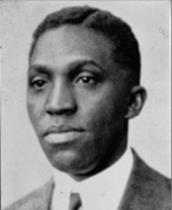 hearts of the people of Boston.

“The campaign has been quite a success in Boston. And even now, the whole of Boston seems awakened to a new realization of what racial achievement and solidarity mean. We got the word in all the papers, sent pamphlets in envelops to many influential people, and also to all the ladies who had just attended our spring reception. In Sunday at each church we had representatives to put the campaign over and distribute circulars. The pastors gave loyal support. Dr. Russel and lawyer Bullock, both thorough Omega men, say it is the greatest campaign that has been conducted in a long, long time.”

The Renaming of Negro History Week

Brother Woodson served as the director of the fraternity’s campaign until 1925, when he decided his Association for the Study of Negro Life should shoulder the responsibility in expanding the program beyond Omega. Receiving the blessing of the fraternity, Woodson modified the name to Negro History Week and Omega continued her celebration as Achievement Week.

In 1926, aware of the pre-existing celebrations built around commemorating the birthdays of Frederick Douglas and Lincoln, Woodson moved the date to February. His vision aimed to reform these celebrations from the study of two great men, to the study and celebration of a great race.

In Boston, Gamma faithfully promoted the campaign from its inception.  Chapter editor, Brother George Crosson (Gamma 1921), an exceptional scholar and athlete at Boston University, awarded both the Key to the City and the Silver Medal, orchestrated these campaigns. These annual programs grew in importance and inspired others groups in the community to join in similar education efforts.  Brother Crosson’s sister, Wilhelmina Crosson, one of the first Black teachers in the Boston Public Schools, began the Aristo Club, and in 1926 sponsored the first official Negro History Week program in Boston.