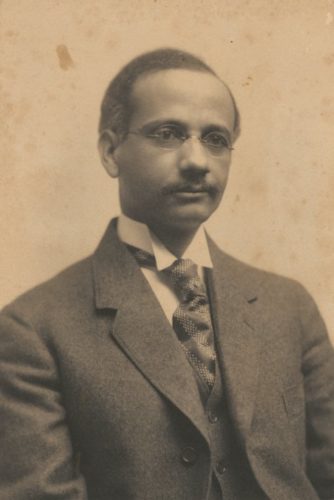 Born in Liberia, the grandson of enslaved Americans who had purchased their freedom and emigrated to Africa, Dr. Fuller became known for his seminal work on Alzheimer’s disease and the biological causes of disorders such as schizophrenia and manic depressive psychosis (bipolar disorder). Fuller’s lasting importance to the field of psychiatry would transcend factors including race.

While today, Dr. Fuller’s portrait hangs with those of psychiatry’s founding fathers at the American Psyciatiac Assoc. headquarters, at his time, he endured mistreatment by colleagues and a medical profession, who afforded him lesser titles and lower salaries. Nevertheless, his perseverance and work helped support the conclusion that dementia is caused by disease, not aging. Fuller forever changed the study of Alzheimer’s and the treatment of patients afflicted with the disease. In 1953, the New England Journal of Medicine published his obituary.