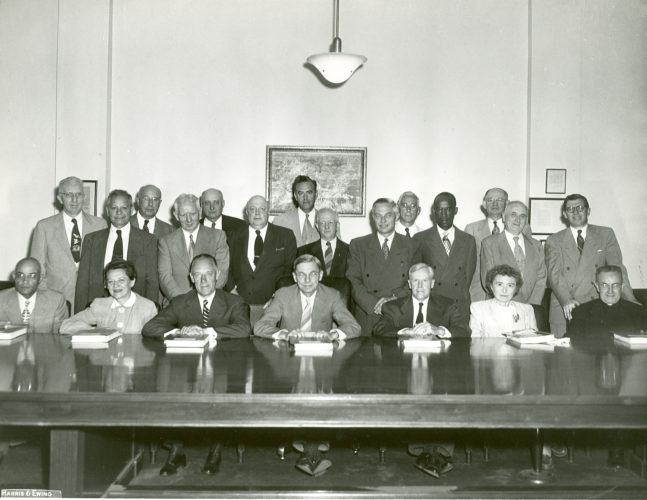 Bro. Barnes appointed by Pres. Truman to the National Science Foundation Board.

A Phi Beta Kappa scholar at Amherst College, he became the first Black professor to join their faculty. As Harvard’s first Black Ph.D. in chemistry, he returned to Washington to head the chemistry department at Howard. He mentored many of the Black chemistry students who would later earn doctorates.

He chartered the Phi Beta Kappa Chapter at Howard University with his fellow Gamma Chapter brothers, professors Roscoe McKinney, Sterling Brown, and William Mercer Cook. He then advanced a department which had only begun offering masters level course when he arrived, to a program which confer doctoral degrees. Both these accomplishments marked the firsts for any HBCU.

A prolific researcher, he published over 40 papers in high-impact scientific journals. In preparation for WWII, the US selected Barnes as 1 of 16 expert chemists for a defense post to study explosives. He again returned to Howard and led an unprecedented special intensive short term course funded by the National Defense Program, the only such offering by the government to Colored students. President Truman appointed him to the founding board of the National Science Foundation (NSF), 1 of 24 scientists (not just chemists) in 1950, a position he held for 8 years.

His stellar career and achievements in academia are even more remarkable given the limited resources available for his research efforts before the landmarks of the modern civil rights movement.